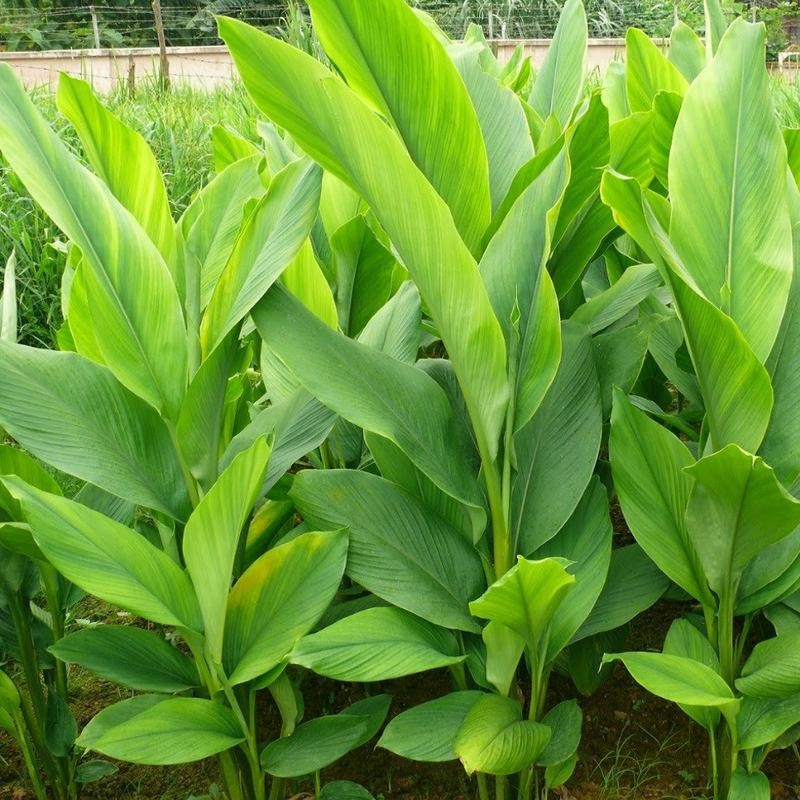 If we look at history of man we find that in his primitive life, for his daily needs of food he had harmonious relationship with mother nature and was enjoying good health. The food which man got from nature was full of nutrients, antioxidants etc. which not only met with his calories needs but also strengthened his immune power to fight with disease causing germs and other factors and he enjoyed disease free long life.

That man was exceptionally intelligent creature and had been experimenting in the nature. He had curiosity for all the plants growing in his surroundings and was eating some of them as food. Because of golden yellow coloured roots and nice aroma, man got attracted to a plant and started   eating it, that plant was later named as Haridra in Indian books of traditional health and medicine Ayurveda, turmeric by westerners and Curcuma longa by botanists.

India's native wisdom in health and medicine, Ayurveda, the science of life has described health benefits of around five hundred plants including Turmeric. Because of its usefulness in preventing many diseases this wisdom was transferred to Indian kitchens and it is added to almost every curry. It is cultivated in India and south Asian countries, one of its species Curcuma aromatica grows wild in western Ghats and Himalayas of India. From last few years some of Australian farmers have also started successfully growing it.

From last few decades turmeric attracted attention of health and nutraceutical scientists and they found surprising health benefits due to a curcuminoid, curcumin  in it.

Those health benefits and some of the serious diseases which can be prevented and managed with this golden spice are being described below.

It is tragic to observe that with excellent scientific and technological advancement, man has reached to highest level of consumption of unhealthy incompatible food. Present days processed, canned, junk and fast foods are having preservatives, additives, emulsifiers and taste makers to enhance the shelf life and improve taste. For assimilation of this food, during different biochemical and metabolic activities in body, free radicals and toxins are produced which are responsible for most of today's killer diseases. Turmeric, a nature's gift to man has free radical scavenging antioxidant and detoxification activity.

Inflammation is body's natural response to harmful chemicals produced within the body or from outside through unhealthy food or germs. It is expressed through symptoms of pain and fatigue. It is present in almost every disease ranging from common cold to heart attack. Turmeric has natural anti-inflammatory action minus gastric ulcer producing, kidney damaging side effects of conventional anti-inflammatory pain killers, which professionals prescribe to relieve pains. So, it is a noble, stomach and kidney friendly pain killer and anti-inflammatory home remedy

Because of unhealthy food and life style, there is inflammation of walls and narrowing of lumen of arteries supplying blood to heart muscle and brain due to deposition of fatty material termed as plaque and this process is called atherosclerosis. When it ruptures, there is clot formation and complete blockage of blood supply to these organs resulting into heart attack or brain stroke. Turmeric has anti-inflammatory and clot dissolving properties to prevent and manage these diseases.

Cancer is an abnormal growth of cells of any organ of the body resulting into development of cancerous tumours which may spread to other organs and is globally a major killer disease. Scientists have observed that turmeric has tumour modulatory activity and is useful for prevention and management of this disease.

Arthritis is a broad term used for inflammation of joints in our body. Depending upon different causes, it is classified as rheumatoid, osteo and gouty arthritis. Because of its natural anti-inflammatory, pain killing and free radical scavenging effect, turmeric is helping patients of this painful disease.

Due to consumption of alcohol and fat rich food, healthy cells of liver get effected and are converted into unhealthy fatty liver cells ,medically this condition is called Fatty Liver Disease,on chronicity it changes into  Cirrhosis of Liver disease .This condition is irreversible and mostly fatal. Turmeric because of its hepatoprotective action has been recommended by scientists to manage this common disease.

Diabetes is a disease which interferes with utilization of food in the body to produce energy due to deficiency or ineffectiveness of insulin. Turmeric a boon from nature manages this metabolic disease excellently.

Bad cholesterol or LDL is a known for harmful effects in our body causing heart attack or brain stroke. Turmeric, the golden spice which gives colour and aroma to food not only lowers LDL but also increases friendly HDL the good cholesterol.

Obesity is alarmingly affecting the world population and is cause of many diseases. Turmeric acts at various levels of formation of fatty tissues in the body and naturally helps in reducing body weight  This golden herb carries promise for many more diseases like painful menstruation, eczemas, acnes, colitis, dyspepsia, psoriasis, sore throat, bronchitis and eye diseases. We find that man the super intelligent creature on this planet because of its so-called wisdom or compulsions of competitive world has gone far away from mother nature to the point of almost no return. Still mother nature is affectionate and kind enough to help her children through herbs like turmeric, which is a panacea and can prevent and manage almost every serious man-made life style disease.

Let us listen to our soul, go back to nature, the infinite source of energy and cosmic intelligence, get absorbed into it, feel the bliss and enjoy harmonious holistic health at the level of body, mind and soul.